You are here: Home / DIY / balancing hormones with seed cycling
Confession: I was on birth control for years. And now I’m paying for it, daily.
I initially went on birth control to alleviate my cramps at the advice of my GP. I remember the day very clearly. I was very young, not yet sexually active, and very hesitant. I had never thought to use birth control and mostly felt uncomfortable with taking medication. The woman–who had the sniffles and an overall lackluster personality–waved her hands in the air at me as I started to protest. She said, “so many women get pregnant while on the pill so you know that it won’t interfere with your fertility. So don’t worry about that.”
I didn’t really know what to say. I was 17, she was a doctor, and I really just wanted to know why I had such bad cramps. She wrote me a prescription and then told me to return in a year to get a new prescription. I walked out of the office stunned, disturbed by her sniffles (I mean, she was a doctor), and nervous to start birth control even though I wasn’t even having sex yet. 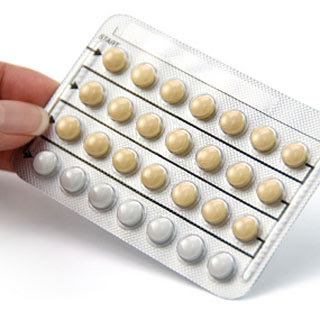 I got my prescription filled and then started taking it at my next period. Shortly after I returned to the doctor’s office because I had a list of questions prepared that I didn’t think of during the first meeting. When I checked in I was informed that the doctor had been fired and that I could meet with any of the other health care professionals if I had an emergency. Not interested in meeting with another doctor I just turned around and walked out of the clinic. I continued to take birth control for seven more years until I finally got the courage to ask questions.
Once I went off of birth control my body went through a hormonal roller coaster. My period became sporadic with each cycle drastically different than the one prior. I developed acne for the first time in my entire life. My mood began to plummet to the lowest of lows almost immediately after ovulation. And I became pretty damn tired the week leading up to my period. It was chaos. Because I take such good care of my body I was able to watch what helped and what didn’t pretty easily.
One of the things I came across that has been THE most helpful of all is seed cycling. I came across this article by Bonzai Aphrodite when I became desperate for answers. In her story she shares that seed cycling essentially saved her. I thought I’d at least give it a shot since I had tried crazier things. 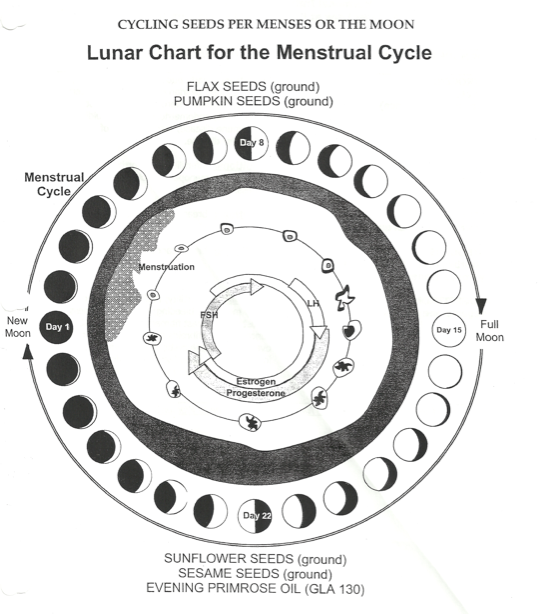 Within a month of seed cycling my period became regular again, my cramps diminished significantly, and my mood swings were less swing-ey. My acne has calmed down as well with more clear days than break-out days.

Since I had such dramatic results within weeks I decided to look further into this hormone thing. The more I learn the more I realize that birth control is evil and that hormones control everything.

You know what else is creepy about this cycling being so effective?? Even my cycle is syncing up with the moon phases like the chart above suggests … whoa.
TMI?? Okay. I get it. But I just had to share all of this information because

I feel like this is a topic worth exploring and one I stand behind. It’s really not that difficult to do, either. I eat 1 T, each, of Sunflower Seeds and Sesame Seeds on the second half of my cycle and then 1 T, each, of Flax and Pumpkin seeds the first half of my cycle. It’s delicious, easy, and really not that much. I love adding the seeds to my salads, making tahini dressing, sprinkling over my fruit, or just throwing into a smoothie. It’s not as tedious or difficult as I’m sure it sounds. I promise!
Pretty neat, huh? Let me know what you think in the comments!
xo
Previous Post: « RECIPE: Red, White, Blue Brownie Stars
Next Post: Weekend Wanderer: local tourist »