Okay, that’s a bit dramatic. Even my SO rolled his eyes at that title. But I do believe that in the long run this really is true. When I was in grad school I had a TV with fancy cable and a very large DVD collection. What I found was that I was spending a significant amount of money on things I didn’t need and wasting a colossal amount of time sitting on my couch doing nothing.

Then, almost within a matter of months, I got my life together and ditched the TV. I started spending time outside, I made a lot more friends, and I got my grad assignments done in a non-stressed way. My life turned around in ways I hadn’t imagined it would and since then I have been an anti-TV advocate.

When I moved to Miami, and then in with my SO, I made a compromise with him and said I’d be okay with having a TV again, as long as our free time didn’t get sucked up by HGTV and Sports Center. A few days in and that compromise was out the window. We were eating every meal in front of the TV and camping out on the couch. We began fighting about how we spend our spare time, his channel-changing obsession, and why we can’t just make ourselves smarter instead of dumber every evening. I cried. He fumed. Neither of us understood why the TV was such a big deal, but it always was.

It represents so much more than a guilty-pleasure. To me, it represents the downfall of my health and of our society. We are so lazy that we’d rather bring mindless entertainment to our living rooms than go and exercise our bodies and brains in the real world that exists around us.

Finally, my SO discovered that his best friend didn’t have a TV and suddenly realized that I’m not the crazy one for wanting to do without. Instead, it became an extremely wise economical move to cut the cable. And so that is exactly what he did; he cut the cable. And with it, the internet.

I know. I cringe just thinking about my life without internet. But you know what I’ve found? I have free access to internet 8 hours a day at work and then free access at the Starbucks down the street and free access at the Whole Foods around the corner. So if I just need to see something online after work hours then I can get to it–for free–at these places.

And do you know what’s happened since then?

We have gotten a nice glow from all the extra sun we are getting just by being outside more. We have been nicer to each other. We have eaten more elegant and romantic meals together. Our home is cleaner. We sleep 8 or more hours a day. We have more special time together. We fight less. We cuddle more. My SO has picked up a book for the first time since grad school. I’ve become a better professor because I’m more prepared for class. I’ve talked to my friends more, called home more, and even remembered to mail Mother’s Day cards. The energy in our home has changed and I can feel the support and love between the two of us unlike any other time in our relationship. I haven’t even opened my laptop at home since we cut the internet and as a result I’m more engaged with myself and my partner.

Also, we’ve watched a lot more movies. Our date nights have become more intimate and our biggest life goals are actually being discussed. I give more, he takes more. And the opposite is true, as well. He is giving more, and I’m taking more.

Life, in general, just is not as complicated since we have cut the cable and internet.  Everything is brought back into perspective and everything is just easier. Really! 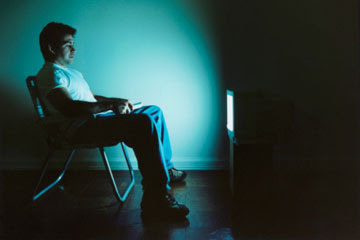 In fact, I’m not the only one to notice a difference in my relationship as a result. Mothers in this study were observed for their interactions with their children during TV time versus reading time versus play time. What they found was that there was almost no interaction with the mother-child pair watched TV, and any interaction to exist was mostly robotic with no successful communication being accomplished. The same thing would happen with us.

In this particular write-up on TV, they outline how it impacts your mental capabilities both short term and long term. And since you can see where I’m going with this, they found that TV essentially makes you dumber. Now, to be clear, TV isn’t necessarily directly lowering your IQ, but it is lowering your mental exercise and creativity which definitely lowers your IQ. It also raises your health issues because, well, you’re just not moving like you’re supposed to.

Cut your cable (and maybe your internet!). You will go through withdrawals. And you will be okay. And then you can do a money dance with all the money you’re saving.

It’s one of the best decisions for your overall health. I promise.