Skip to content
This was a let’s-get-you-out-the-door and what-do-we-have-on-hand sort of morning. My husband had to be out a lot earlier than I did so I threw together this breakfast and decided it was a Win for the team. 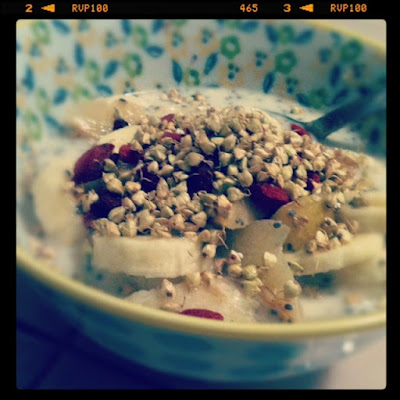 Buckwheat Crunch
1 cup raw, dry buckwheat, soaked overnight or sprouted
Soak the buckwheat overnight, or sprout the buckwheat if you’d like. In this batch I had sprouted buckwheat. Stick in the dehydrator at 104 for a few hours until nice and crispy. Store in a glass jar and sprinkle on cereal and smoothies.
SO EASY!
For this bowl I threw together a few items we had on hand: banana, apple, goji berries, buckwheat crunch, dried figs, and hazelnut mylk. Really quite tasty and a definite win for the last-minute team!
I was sprouting buckwheat for chocolate granola  and I had accidentally sprouted too much buckwheat. I took half the sprouts and dehydrated the little guys until they were nice and crisp. Now I sprinkle them on smoothies and cereal …
You really can get creative with these guys. You can mix with date paste, cinnamon, apples, sunflower seeds, walnuts, chia seeds, WHATEVER, and then dehydrate to make a granola, as well.

If you are just budding into the raw food scene (or maybe you’re a seasoned veteran!)… 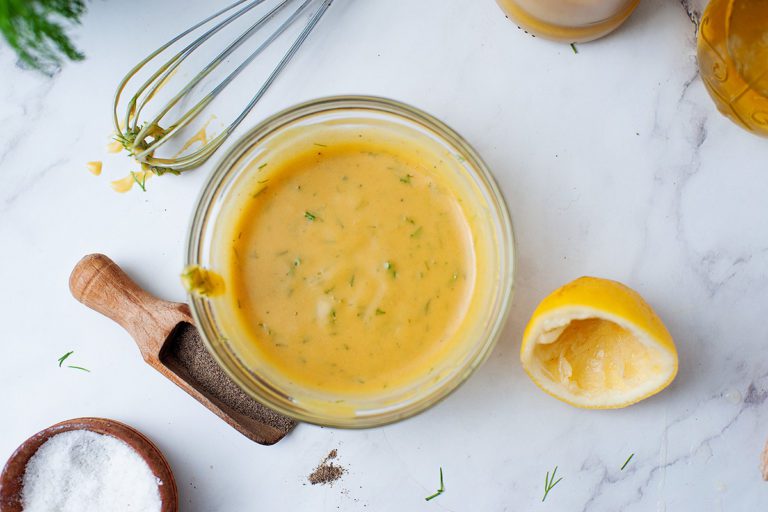 I’ve tried and test all homemade facial scrub recipes I could think of and this is the one. It is the face scrub to end face scrubs. It will change your life. 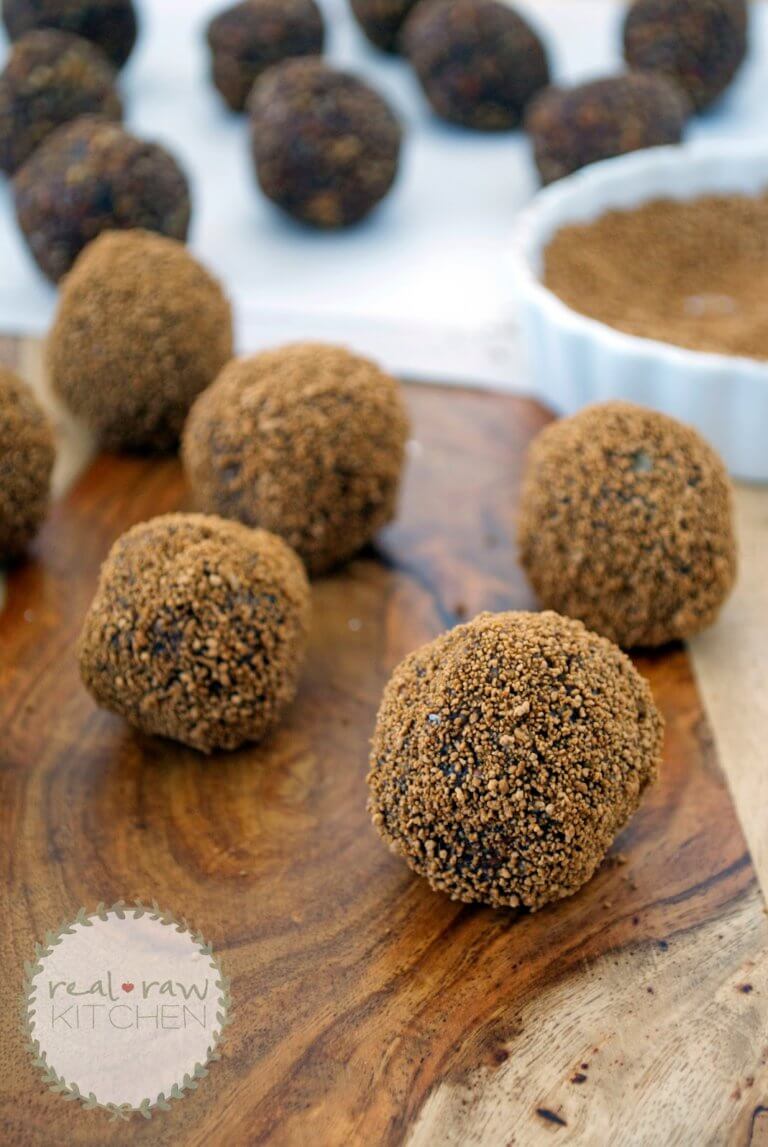 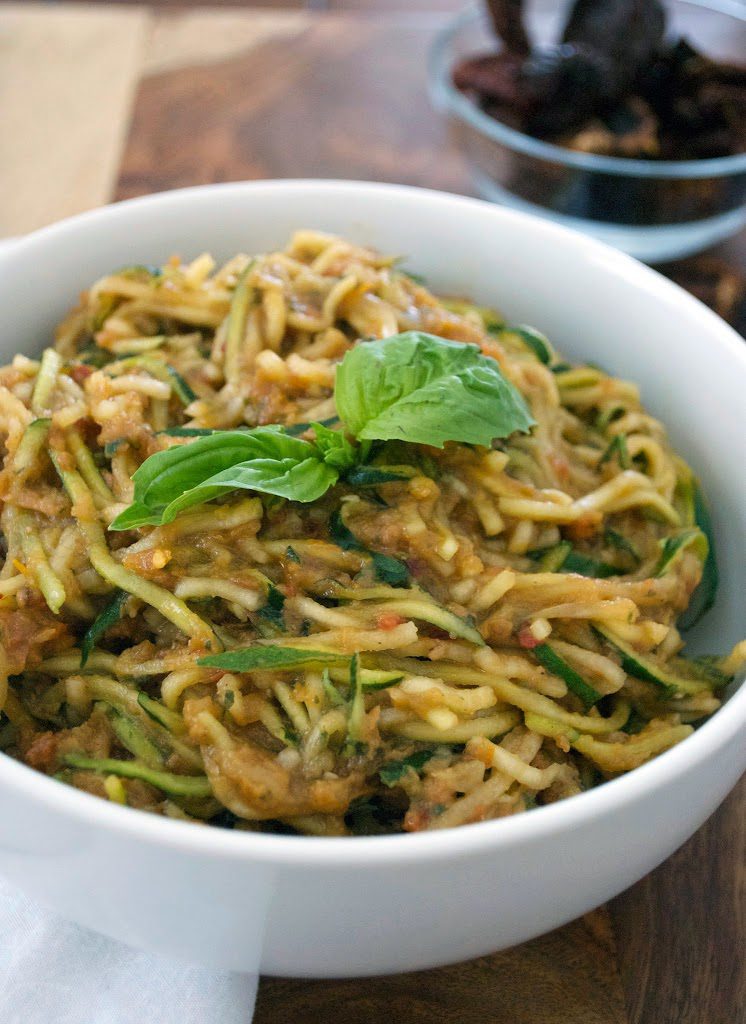 There is nothing quite so satisfying or fresh as a bowl of zucchini noodles. Don’t believe…