I have a serious obsession with playing with my foods. I love combining different flavors and textures to make something that is traditionally an afterthought into something spectacular. I do this, most often, with salads.

It really makes me sad when people are so turned off by salad. “Salad, again??” they usually ask in disbelief when I join them for any kind of meal. Well, yeah, and you would too if you were eating the kinds of salads I am! I get bored of lettuce, too, so I’m constantly revamping my salads so I have something to look forward to at each meal. 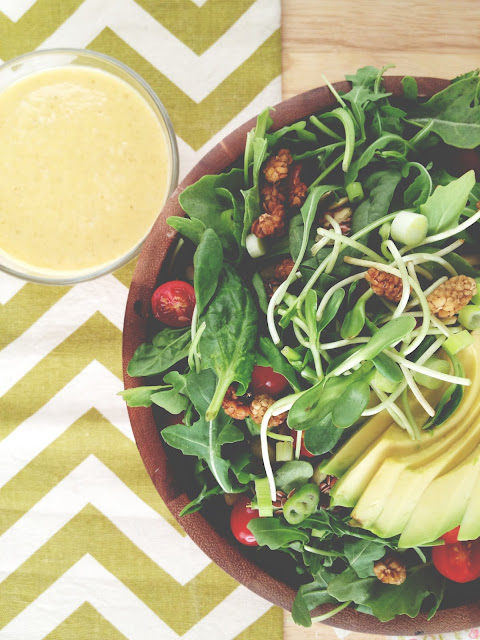 This time I was inspired by a little packet of mulberries. My in-laws bought some to make my trail mix but had a little bit leftover. They asked if I wanted some because they knew I was crazy about these little guys. I took them home and put them on my counter with no great plans other than to be eaten plainly as a snack before I taught my night class during the week.
Then, inspiration struck. The next morning, as I was preparing my breakfast, I couldn’t help but feel the mulberries staring at me. Finally, I grabbed the packet, dumped the little guys into a bowl, squeezed some OJ over them, and got to work on this dressing.
This dressing was born and the salad quickly followed. I used the dressing with some spinach and arugula, green onion, 1/4 avocado, tomatoes, sunflower sprouts, flax and pumpkin seeds, and of course a couple more mulberries. 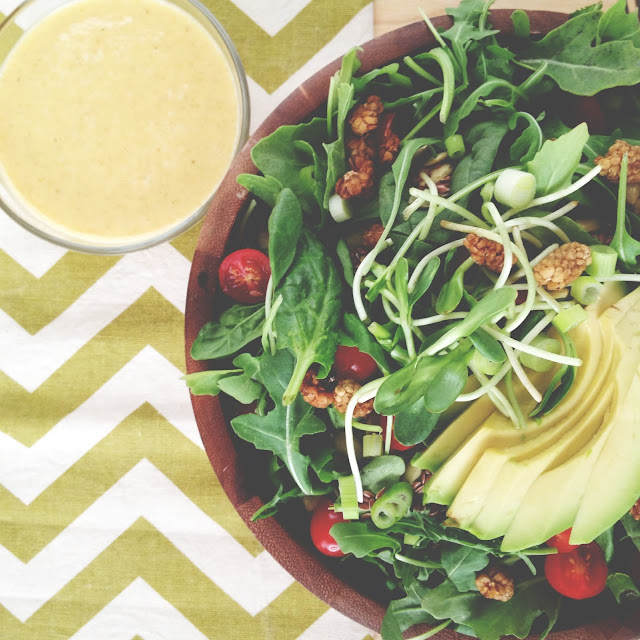 Orange Mulberry Vinairgrette:
a recipe
1/4 cup mulberries
1 orange, juiced
1/2 clove garlic, chopped
1/4 shallot, chopped
1 t apple cider vinegar
2 T olive oil (optional)
Hand squeeze the orange and pour the juice over the mulberries and allow them to soak for 5-10 minutes. Chop the garlic and shallot and then add everything into the blender. Blend until liquified.
I used half a clove of garlic and a quarter of a shallot because they were both enormous and also because I didn’t want an overwhelming flavor from each. Also, I opted to use oil, though I normally don’t, because I wanted it to emulsify in the blender and create a sort of creamy texture out of the dressing. Try it out either way, adjust everything to your liking!
xo 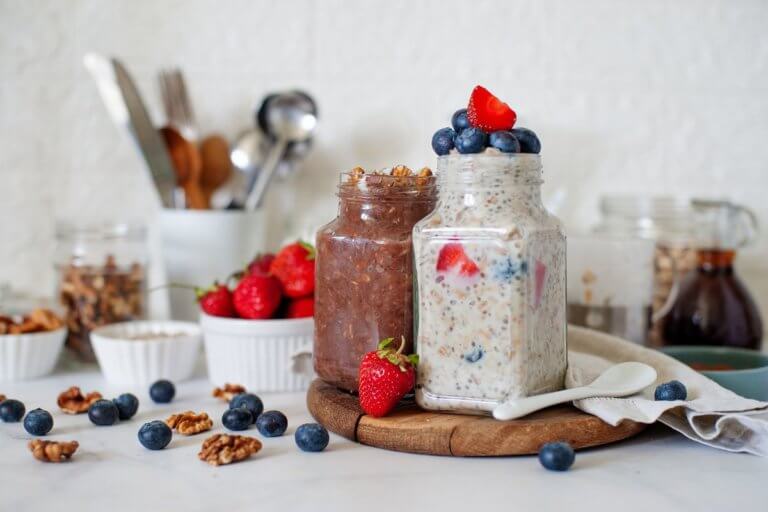 A quick and easy breakfast that has endless possibilities. Here is my basic overnight oatmeal recipe, 4 different ways. 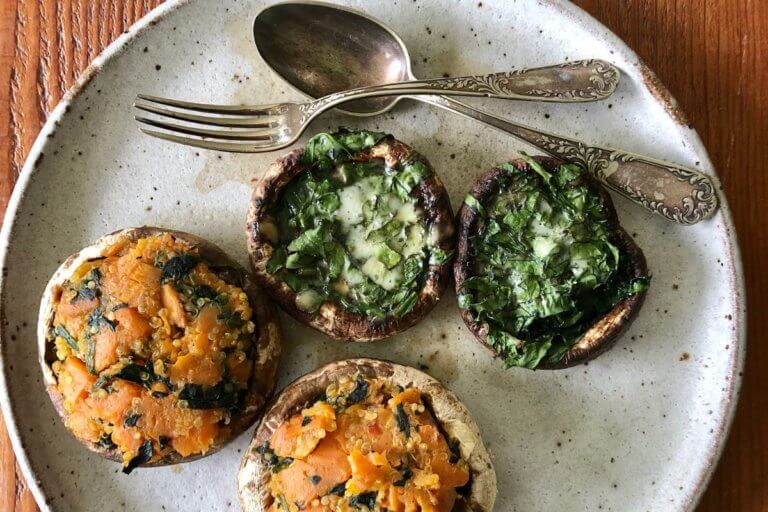 This side dish could be the main event. Check out my indulgent “cheesy” vegan stuffed mushroom recipe (gluten free!). 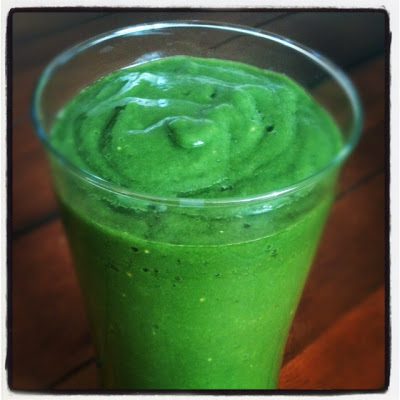 Nothing starts the day (or ends it, too!) like greens. Really. Try it once and you… 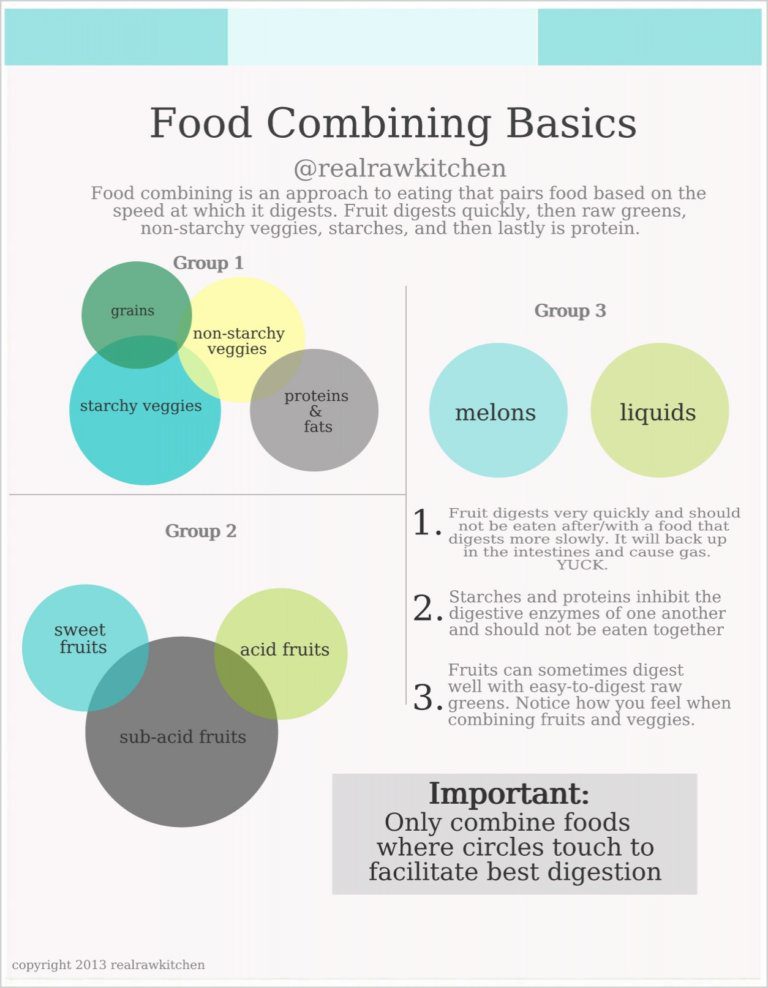 We are one gassy nation. There, I said it. And it’s mostly because our country was…