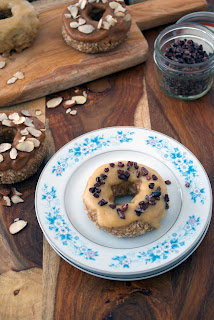 I have been holding onto these for awhile and I’m not sure why. I was saving them, waiting for something special to bring them out. But now I realize this is silly and that it’s time. These donuts need to be had and you all must get this goodness into your repertoires, stat. 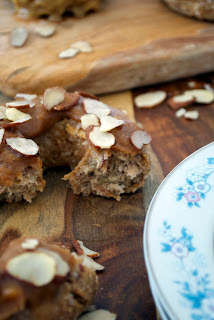 I frequently mention my complete relief when my SO approves something I’ve made and I think I should probably note that this is not because I have him on a pedestal nor do I have an I-am-nothing-but-a-food-scientist-without-his-approval stance.

In reality, it is an accomplishment because when we very first started dating he thought this whole lifestyle was absurd. “Pretentious!” he would shout. He didn’t want any part of it. Any raw foodie he had ever met in his past was weird, pretentious, shallow, and apparently also connected to a very superficial spirituality (“wtf is ‘enlightenment’ anyway??”). How he came to this conclusion I have no idea. It felt sort of reminiscent of a bad experience or a raw food meal gone bad. Though I don’t blame him .. he lived in LA for a few years and you’re bound to meet some ex-normal-people that turned into LA-weirdos. It happens.

So when we met he was not at all about this raw food thing. I, however, was. I was enamored, obsessed, and completely driven to submerse myself into the culture. I played with the food for quite some time before coming out to him as a “raw foodie” and it was mostly because I wanted to be able to prove to him that the food could be good and I could still be a good person. No pretentious attitude. No shallow affiliations. And certainly no bullshit spirituality.

So when he asks me to make him a raw dish, a green juice, or asks me about my thoughts on meditation and vision boards I can’t help but squeal (on the inside) with excitement. Of course I try to act completely nonchalant like our conversations are just a typical part of marriage, but on the inside all I can think about is how I’ve won. I’ve proved to him that this lifestyle is fantastic .. not because he needs to be a raw foodie, but because he loves one and also loves that aspect about me. And that is how I know a recipe is good. If the avowed-raw-foodie-hater passionately loves me–a devoted raw foodie–as well as my food .. well then, yes, I’ve won, indeed. 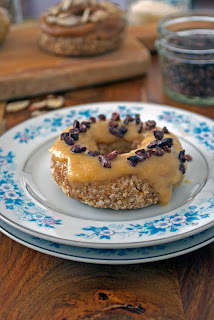