You are here: Home / Uncategorized / SO grateful

It finally happened. The broke bloggers nightmare came to fruition: my computer crashed. It was bound to happen and I was sort of counting down the days until it did. You see, I had a MacBook. A black MacBook, to be exact. If you know anything about MacBooks then you know that the black ones are ancient. When I was in college I had a full ride academic scholarship that was pretty spectacular. As a part of the scholarship I received a MacBook along with a book stipend and on-campus housing and dining.

I know, it was spectacular.
So I was pretty fortunate to be able to not only have my undergraduate career paid for but to have a MacBook for all those years to follow, free of charge. I knew the time was coming for it to crash. The Mac laptops usually last about 4 years and then after that they just sort of die off. It had passed the 4 year mark by a longshot and so I treated it like a delicate little flower, gently updating everything and keeping everything clean. I used the battery efficiently and even had it replaced once that gave out on me. And then. It happened.

The Spinning Wheel Of Death appeared on the log in screen and never went away. I took it in to the Apple Store and they were so kind to replace the Hard Drive and then explain to me that my computer was so old that it would not be update-able from here on out. So even though I had a fresh hard drive I still could not run anything on it because it was too outdated. I couldn’t use any browser for the internet and I couldn’t download anything because my ancient system wouldn’t allow it. I could not transfer my pictures from my camera (because the iPhoto was too incompatible with my camera) and I couldn’t format my blog. I was devastated.
The worst part is that I really didn’t need a new computer. I’m a firm believer in not purchasing the latest gadget just because it’s on trend for the season (I had the iPhone 3 until very recently only because I paid a dollar for it and refused to pay more than a dollar for any phone thereafter …) This blog isn’t a need and it certainly wouldn’t front the cost of the new computer. The new computer would definitely make life much easier and more enjoyable … but was it absolutely.necessary? Absolutely not.
I bought one anyway. I researched the heck out of the latest models and set a price point I was willing to spend. I found one that was most suitable for me and went back to the Apple Store and purchased a brand new laptop.

And don’t worry about making me feel bad about spending triple on an Apple product compared to other brands. I’m aware of the price difference but I’m also aware of the fact that it meets my needs best and I’ve never had a single virus or defect until my computer crashed two lifetimes after its purchase date.

So I told the Apple guy exactly what I wanted, asked him a few questions about the operating system and storage capabilities, then handed over the cash to make the purchase. It hurt, big purchases always do. It especially hurt because I’m getting married in two weeks (eek!!!) and so a lot of our funds are going toward that big party instead of other things. So yeah, not the best timing. 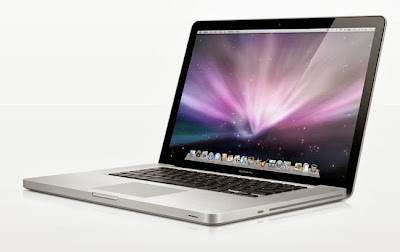 But on my drive home, as I looked over into the passenger seat to see my beautiful new laptop wrapped up nicely in the white box, I felt incredibly grateful for it all. This is a lot of money, there is no doubt about that. The cost is not lost on me. But what I had just accomplished became so apparent to me. I am a young professional woman that has a secure job with enough balance and safety in my finances that I could actually afford to purchase a new computer. I have my struggles like anyone else and I certainly have dreams that I cannot afford that I’m still saving up for, but to be able to pull from my savings, confidently, and make this purchase felt just as good as it did bad.

Damn that feels good.
Do you ever have moments like that? Where you feel yourself slipping into a mini panic because of some scenario you find yourself in, and then when you take a step back to look at yourself you realize, “wow .. this is really actually great.”

I hate that I have to get up at 6 a.m. and I don’t get home until 9 p.m. .. but wow. I’m doubly employed even though the economy is really hurting.

I hate that the humidity is so damn thick that I can hardly breathe but wow .. I am free to roam around in the sunshine as I please.

These things are not lost on me and I think it’s so incredible to be in a position to have the freedom to do what I do. This includes financial freedom. It didn’t come easily, either. A lot of sacrifice and compromising came along with it. But I just cannot get over how incredibly good this makes me feel to recognize these setbacks as a great opportunity for appreciation.
What setbacks have made YOU grateful??
xo