Skip to content
After weeks of stress with work and life I finally had a weekend that grounded me and brought me back to a good place. I don’t know about you but nature is what does it for me. This weekend I found myself using my body, absorbing some beautiful sun rays, and surrounded by nature.
There was a point on my bike ride where the only thing I could hear was the sound of the branches of the trees brushing against each other in the breeze. 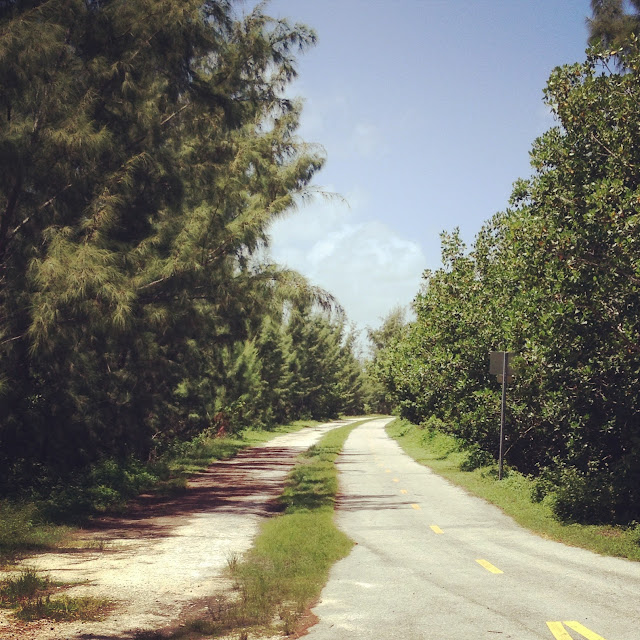 We rode our bikes for hours, just sort of following different paths, exploring different parts of the bay we hadn’t explored yet. We ended up at the end of an old bike path that led out to the ocean.We stopped, put our bikes down, and walked around to bask in the heat of the sun.

I started snapping some pictures because I couldn’t believe how peaceful it was. We were completely hidden from the city, removed from the noisy and aggressive city we usually fight our way through just to get to work, home, groceries … anything!

Here, however, it was just peace. 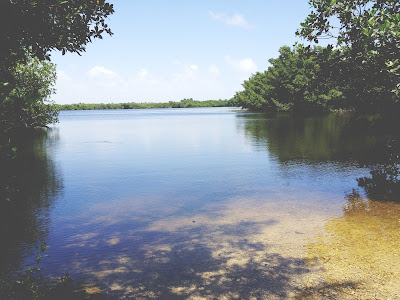 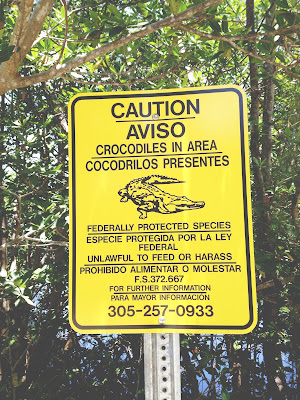 As I was taking a picture of the water my SO warned me not to get too close. He pointed up to the bright yellow crocodile sign and laughed. I sort of laughed too and said I’d be careful. Then I dared him to jump in the water. He said, “no chance!” Then I dared him to paddle board on top of the water full of crocodiles. Suddenly, his back got really straight and a mischievous look came across his face.

Suddenly, my back got really straight when I realized we had already paddle boarded in these waters, just in the canals just inland of there. “How could you let me put my life in danger like that without even warning me?!”

He just laughed at me, pointed out that I was fine, and said he trusted my paddle boarding skills enough not to be concerned.

On our way back home we stopped at a juice stand that is hidden back behind the city. I ordered a green juice, he ordered some other kind of juice, and we split a big bowl of juicy mango. The mango was the best mango I’ve ever had and I don’t know if that’s because it was, indeed, the best mango to ever exist or if it’s because we had been on our bikes, in the heat, for hours.

The green juice, however, was awful. It was the worst green juice ever. It was warm and had parsley, wheatgrass, celery and a cucumber. Wheatgrass. Not as a shot, but as a juice. It was awful. I chugged it anyway and then we continued on our journey. 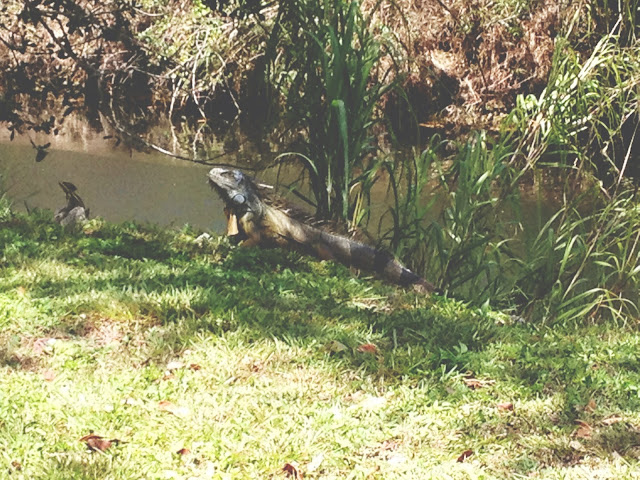 Then we spotted this guy. An enormous iguana that was surrounded by baby iguanas and normal sized iguanas. Most of them scurried away out of fear probably because we noisily jumped off our bikes to capture this picture. But this guy was huge. Like, I-thought-it-was-a-baby-croc huge. 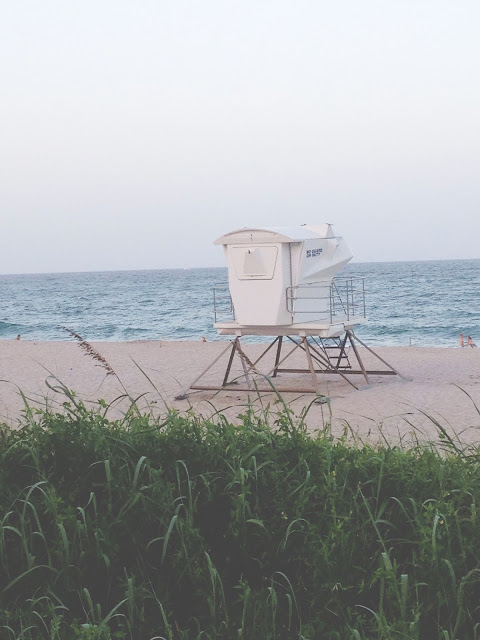 After dinner we made our way to the beach to stare out into the ocean. It’s mesmerizing and I feel any large body of water can do that for you. It’s so easy to become lost in the screen of blue, and proved to be a great way to wrap up the day.

I believe in self-care and I believe every one of us deserves it! What did YOU do this weekend?? Did you get to take care of yourself??