You are here: Home / Desserts / RECIPE: easy chocolate pudding
I love chocolate. It runs in my family. (Is that a genetically inherited trait??) One of my favorite things about raw food is that it is so easy to enjoy chocolate in a relatively healthy way. Cacao is an incredible food source. It is loaded with vitamins, minerals, and antioxidants … and also a tiny bit of caffeine. If you are avoiding caffeine and of the belief that cacao is not for you, then rock on and swap it out for something else, like carob, here. I, however, love cacao and use it every once in awhile when I want something decadent. 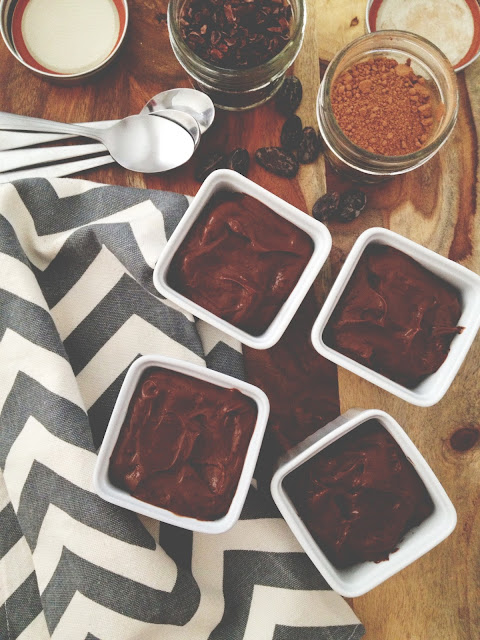 This is a very common dish in the raw food world and you will see it on almost any blog that has raw foods. In fact, my first attempt/recipe is here and while I’m a fan I have to admit that my taste testers thought it was strange. It was good but it was clearly “healthy.”
I’ve adjusted it so that now it is clearly good and then also healthy. My SO is not a fan of avocado puddings and in fact thinks they are quite absurd. It’s one of those why-are-you-faking-something-you-can’t-replicate beliefs (that I agree with, for the most part, in a lot of raw and vegan dishes … i.e. fake meat..??) But when I served this up he ate it happily, claiming it’s the best raw avocado pudding he’s ever had. I also caught him sneaking seconds and thirds! 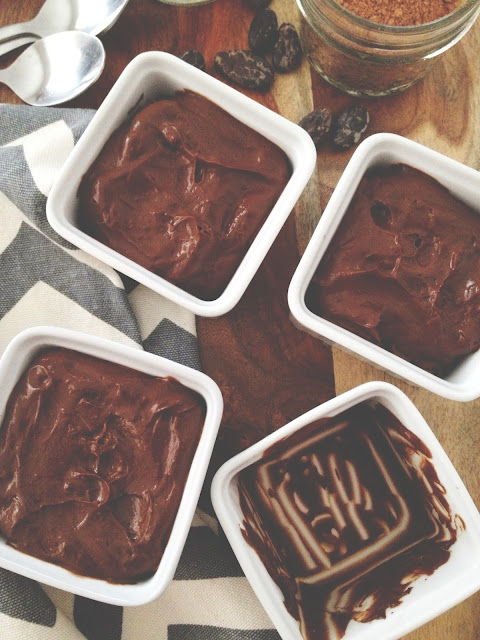 I use maple syrup in this pudding … and I use a lot. It is not raw and it is a lot of sugar but I still love maple syrup and I also get about 8 servings from this recipe so that’s about 2 tablespoons per serving … which is much more approachable than an entire cup.

Still not a fan?? Then cut it down, to your liking! 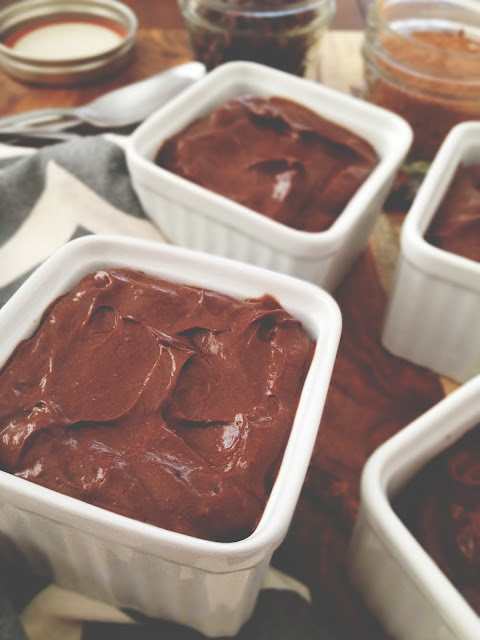 Chocolate Pudding:
a recipe
2 1/2 ripe avocados
1 cup cacao powder
1 cup maple syrup (non raw)
1 T cinnamon
1 t vanilla (seeds scraped from bean)
2-4 T nut mylk, as needed
Combine everything in a food processor and process until you reach the desired consistency. Add the nut mylk, as needed, in order to get the consistency you like. Scrape down the sides as you go until it is perfectly smooth.
Taste and adjust as needed. I like mine a tad bitter but you can add more cacao/sweetener/whatever until it’s just right for you!
I serve this with raspberries or strawberries and it is just divine. Mmmmm maybe I’ll go make more …
Let me know what you think!!
xo